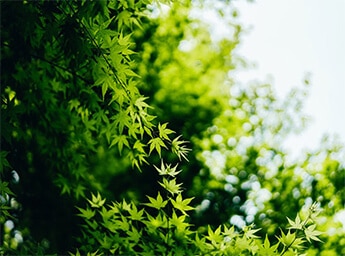 Reading time: 8 minutes
The notion of a noble lie, or the magnificent myth raises important questions for anyone interested in thinking about how to live . . .

Rilke comes to us, son of Dante, via Petrarch, a scoundrel. A smuggler. Full of pride, ability, enormous talent, wonderful power and deceit, like the cunning Ulysses: the seeker, the wanderer, the hero.

What, therefore, are we to make of Rilke’s advice when he writes to the bewildered Mr. Kappus, “If your everyday life seems poor, don’t blame it; blame yourself that you are not enough of a poet to call forth its riches; because for the creator there is no poverty and no poor, indifferent place.”

How different is Rilke’s attitude from the gentle sages of Buddhism who tell us that we have no problem, that life, when properly realized is, as my teacher once explained to me, “the sight of the morning sun shining on fresh green maple leaves . . . the sight of the iris reflecting on the pond . . .” As, “When one has awakened from his nap, the afternoon sun is still shining on the veranda.”

Buddhism tells us that the transmission of Dharma has authenticity because it transmits boundless light and life duration. Far from Rilke’s notion of enriching one’s life by virtue of one’s creative power, Buddhism tells us that life is already enriched. Therefore, our interest is not to change our state – not to make what is ordinary extraordinary, but to busy ourselves with constructing Buddha Nature.

For Dante, Rilke, and Petrarch, it was not Buddha Nature in which they were interested, but something else: the deification of self. These are poets of remarkable power, and each (though Petrarch less than the others) is especially tricky for their use of the noble lie, a device elucidated by Plato in book three of his Republic.

The Noble Lie or The Magnificent Myth

The noble lie, also translated as the “magnificent myth,” explains Plato, is a lie, myth, or story (people these days seem fond of the word ‘narrative’), fabricated for the sake of social cohesion and harmony. The lie he presents reads as follows:

“I’ll try to persuade the rulers and soldiers, then the rest of the citizens, that everything we’ve done in training and educating them took place as it were in a dream, and that all the while they were really being nurtured and molded, and their armor and equipment was being fashioned, underground in the earth; and because when they were fully developed the earth was the mother who bore them, they must now deliberate for their land as for their nurse and their mother, defend her against an attack, and regard the rest of the citizens as their earthborn brothers.”

From here Plato (as Socrates) goes on to explain how he would teach the rulers that, being of the earth, they were mixed with gold, the soldiers—silver, and the craftsmen—bronze. And such a lie, says Socrates, in pointing to their common origin, “will help increase their [the citizens’] concern for the city and each other.”

Is it Really Necessary to Invent a Myth to Live By?

The notion of a noble lie or magnificent myth has powerful implications and raises important questions for anyone interested in thinking about how to live. First, one is faced with the question of whether such a lie is necessary.

Can’t we just live, simply, getting on with our lives without need for such stories. Perhaps. Life, as Ludwig Wittgenstein (1889-1951) would have it, does not require us to understand what it is. “Philosophy,” he writes in sec. 109 of his Philosophical Investigations, “is a struggle against the bewitchment of our understanding by the resources of our language.”

It is we who raise questions about life, and perhaps we do so only to entertain and trouble ourselves with a need for answers. Like Ulysses—venturing out for adventure’s sake. Uninterested in such adventures, however, we simply follow custom, without bothering ourselves with questions like: what should I do with my days, what am I living for, why should or shouldn’t I follow such and such a person or such and such a way of life?

The Noble Lie in Contemporary Thought

The noble lie is at play in contemporary thought by virtue of such thinkers as philosopher Leo Strauss (1899-1973), a former political philosopher at the University of Chicago who argued that myths are perhaps needed to give people meaning and purpose and to ensure a stable society.

As well, the philosopher Sir Karl Popper (1902-1994) went so far as to claim that Plato’s noble lie, if taken seriously, necessarily becomes the ultimate basis for religion. For example, the Bible presents us with the magnificent myth, supported and developed by St. Augustine, that, as literary critic Harold Bloom puts it, “the old self dies and the new self is born.”

Dante’s noble lie is one by which many people continue to live to this day: simply put, it’s the myth that in finding one we love and devoting to that one, we find our purpose, meaning, and salvation in life. His was a profoundly romantic, humanistic vision, which elevated the exalted feelings of romantic love to the status of divinity, endowing his beloved Beatrice with the authority of God.

Petrach’s Myth: The Glory of Poetry

And Rilke’s is his own magnificent myth, a variation of the Augustinian one, and closer to Petrarch’s, explained by the critic Robert Durling as follows: “For Petrarch the perfection of literary form, which exists polished and unchanging on the page in a kind of eternity, is achieved only at the cost of the poet’s natural life . . . If on the one hand Petrarch subscribes to—even in a sense almost single-handedly founds—the humanistic cult of literary immortality and glory, on the other hand he has an acute awareness that writing poetry involves a kind of death about it.”

Where Dante sought to completely absorb all into his vision that romantic love is divine, Petrarch (and Rilke) subsume all into their vision of poetry. And, for Rilke, giving one’s self entirely to poetry, was to endow the objects of everyday life—objects such as panthers, swans, and tombs—with voice. This Rilke did with particular poems: “The Panther,” “The Swan,” and “Tombs of Hetaerae” (prostitutes).

For Rilke, all things hold their unique poem within them, and to die to the thing in front of one, is to empty one’s self, to allow the thing to enter deep into one’s heart, where it grows into, and reveals its true essence as, a poem. This was a process he called einsehen, or ‘inseeing.’

And more, for Rilke, later in life, his triumph was to realize that he, as a poet, was the vehicle for this process: both the poet as the writer of the poem and the emptied-out, receptive consciousness from which the poem arises. Thus, for Rilke the act of poetry was to realize the activity of God, as God.

As the one who gives voice and therefore life and meaning to things in the world, man as poet realizes himself as God, thereby achieving his glory and salvation. “A work of art is good,” writes Rilke to Mr. Kappus, “if it has arisen out of necessity.” “For the creator must be a world for himself and must find everything in himself and in Nature, to whom his whole life is devoted.”

This magnificent myth by which Rilke lived–of poet as God–held that one redeemed one’s self by virtue of perfect artistic expression—expression so exalted that, for articulating the pure essence of a thing, it would live on forever.

In short, Rilke’s was a vision of artistic glory. He wanted to escape depravity. He couldn’t see the beauty in his Paris life: in the sick around him, the aging, stolid faces, his utter inferiority in comparison to the acclaimed Rodin (about whom Rilke was commissioned to write a monograph.) The prospect of his failure, the noise of his apartment, the greasy smell of pommes-frites—all of it– tortured the poet.

He used poetry to evade his circumstances, not embrace them. He could not rest in his environment. He was always on the move.  He had not the ability, the eye, nor simple interest in true life itself to see directly, “the morning sun shining on fresh green maples.”

The Myths We Choose to Live By

What are the stories, the narratives, the myths (and ideologies) by which we live? Can we live without them? If so, how? If not, which do we choose? What is the extent to which stories and culture give form to our lives? Do our stories yield the forms of life we want? What is our responsibility for the forms our lives take? What forms do we wish them to take? What are the magnificent myths that will give civilisations the forms we want? What, indeed, is Buddha Nature, that “boundless light and life duration,” about which the gentle masters write? Would not we enjoy ourselves in constructing such a thing?

Last week I returned from a weeklong retreat with my teacher and the four other colleagues who form our small community of aspirants. Returning to

Begin your meditation practice or deepen your existing routines. You will also be sent inspiring monthly essays from the Dharma Lit newsletter.

Get in touch today to see how we can work together.